The impetus of the moment remains a great source of inspiration following the logic of open-air, outdoors. The sculptor imposes a limit on the experience, which in itself concerns ephemeral, fleeting effects that are not easily grasped. This open-air context seems to correspond to a form of impossible desire. The fact of retiring to the heart of a city and confronting nature is a way to keep the sculptor’s imagination and his sensory apparatus alive and active. This is an art of making its way in the open air in a universe of unbridled appearance, perfectly marked in euphoric constructions out in the open. Each work sets out its own scheduling rules as they are implemented. Carving days in crowns of joy, inventively and impulsively guided by too much creative air!

The water territories, the open air along the river, the water songs and the odes in the open air, inspire this 4th Symposium. Outdoor work is the difficult link between living and surviving. The sculptor will deliver his own narrative, a kind of particularly arduous exegesis that develops in textual resonance with visual work. To introduce this text I am thinking of the 2015 theme ” extreme Sport / Supreme endurance “, sculpting is an extreme sport in the open air, and it echoes the original moment of the sculptor’s encounter with his outdoor theme. From then on, the sculptor recorded the motif as a possible turning point in the work and on the work. Thus this new pleinairism of the work of art paradoxically appears to me as a resistance force in front of the urgency to live, therefore to create.

In the open air, the eye is piercing and the sculptor is filled with living stars; the pleinairism flies into him in a vertiginous rise to the hollow of the beginnings. He sculpts and unfolds out to lunar modules of a new kind, waiting for the fragile take-off in the heart of the city. Carving with the left hand and the right hand is possible. In the open air, each hand has its register, its range, its flow and its trajectory, sometimes it delimits, sometimes it fills. Both hands model a disappearing appearance of outdoor. To carve is to entrust to the other one’s nakedness of heart and mind. The intimacy of the water and the air is spectacular in the interior life in unexpected emergence.

The fragility of the movements of water, the musical aspect of the sounds of water and air, the kinesthesia of the air, the power of the outdoors on the art of summits and wandering shadows; all this energy, crystallized in a long moment of fascination, will explode in each of the chosen sculptures, a sort of counterpoint, an extra song that diverges from the melodic line. Sculpting in counterpoint means carving a replica of the main energy, installed on the melodic line of Art and even, at times, the vital line of the outdoors.

The expression in the open air is used to talk about artistic work done outside according to the changing light on the elements and the spatial illusion. Whenever a sculptor creates something, there is always a conduit, a vessel, a filter, for all that surrounds it and passes through it; this is the pleinairism. The distanciation is necessary for its translation into sculpture as well as the expressive pictorial touch of emotion. It is to have the feeling of immersion in a given place, to grasp the experiment, the atmospheric effects, the reactions to the forces and textures of nature.

In the art of the outdoors, which often touches on the ineffable, there is always this relation to the intensity of the moment whether in the encounter with the work or in the contemplation of the infinite shades of nature. So we are brought to the attention to the impermanence kind of fundamental posture that underlies the open air outdoors.

The wild condition of the open air sky allows that unpredictable forces of nature can at any time and any place burst into our consciousness: the experience of a storm of wind in the suburbs can be as disturbing or inspiring as the fleeting vision of isolated northern land.

The open-air odes of the 10 sculptors will have the ability to open a space of creation and recreation.

In conclusion, how can the stimulation generated by the experiential nature of outdoor art be reactivated in contemporary social life of the Beauce region? The impulse of the moment remains a great source of inspiration following the logic of the open air. It remains to be seen what our 10 sculptors will create.

Check out the
documentation

Contribute to
Arts with us! 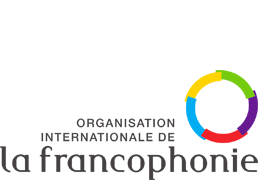 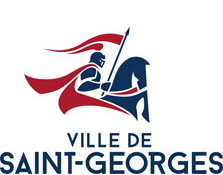